Méric means « between land and sea » in the local dialect

The Chateau Méric is situated 80km north of Bordeaux, about 6km from the Gironde estuary and 12km from the ocean, and benefits from a particular microclimate, between land and sea.

The origin of the Production

The Chateau Méric 1868, described as « Cru Bourgeois du Médoc » in the 2nd edition of the Ferret guide, is the leader in its commune.

This quality vineyard was planted 35 years ago, and gives its wines their incomparable flavours. A tasting will enable you to discover sensations filled with red fruits and vanilla.

The Ocean, the Gironde and their microclimate bestows on these exceptional vines, a personality worthy of the Médoc tradition. These noble grapes are planted in deep soils.

The growing methods respect the balance between the soil and the vine. The Cellars were modernised in the previous century in 1999. The new technologies favour the production of a wine with a strong character. This wine is sought after for its finesse and aging potential.

Perched on Médoc « Croup », 14 metres above sea level, the vineyard is situated on the same underground vein as Chateau MARGAUX.

The soil is gravelly/sandy for 15 to 30cm, with a subsoil of Garonne gravel which is between 4 and 12 metres deep. The vineyard is planted with grape varieties respecting the Médoc traditions to the letter.

The vineyard benefits from a North-South exposition, with a foothold on a Médoc croup which rises to 14 metres above sea level. This privileged situation, between the estuary and the ocean, creates a microclimate which favours the expression of these noble grape varieties and the ripening of the grapes.

The terroir (soils) of Chateau Méric is made up of Garonne sandy gravel on the surface and Garonne gravels deeper down; our land gives the wines finesse, smoothness and elegance.

As early as 1868 in the second edition of the Ferret guide, the qualities, finesse and smoothness of this wine were already recognised. Today it has been labelled Cru Bourgeois each year since 2008 (the year the new international ranking was installed).

Thanks to modern techniques the vinification takes place in stainless steel tanks.

The density is limited to 6600 plants per hectare for a production of 42 hl per hectare. 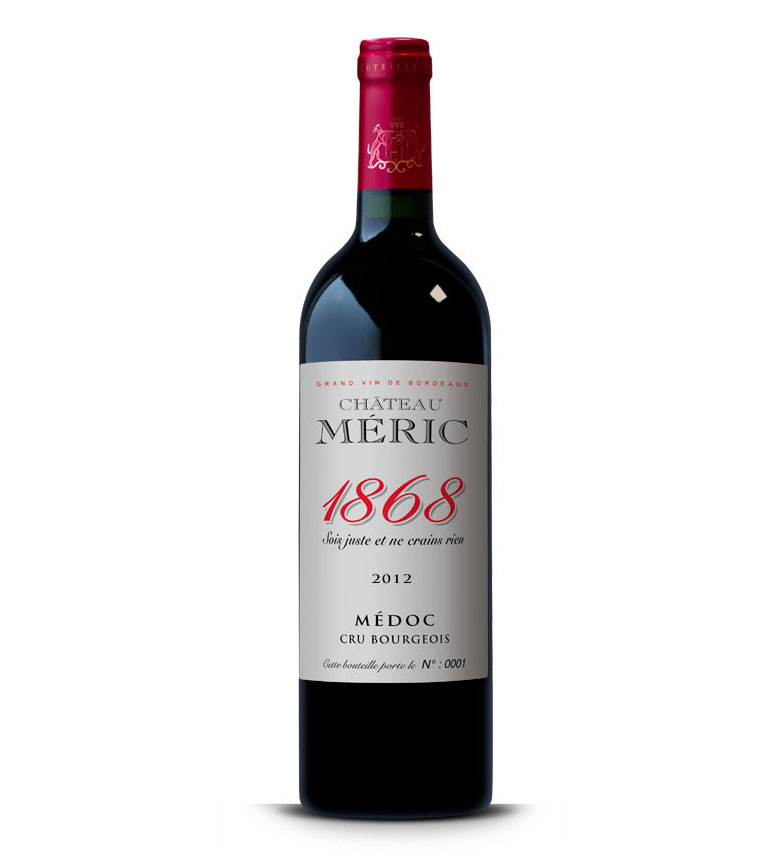 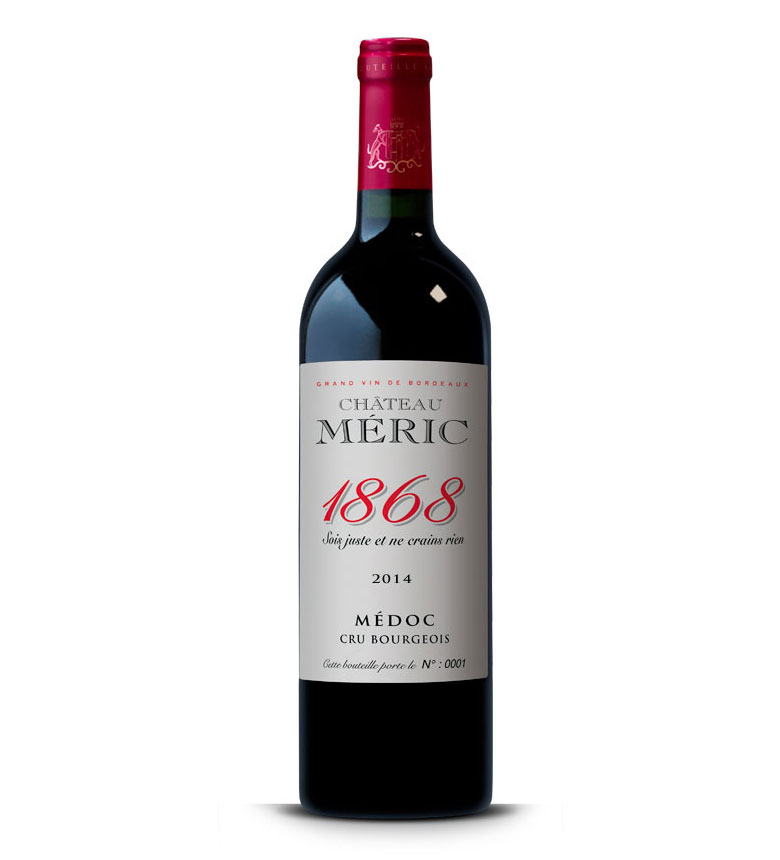 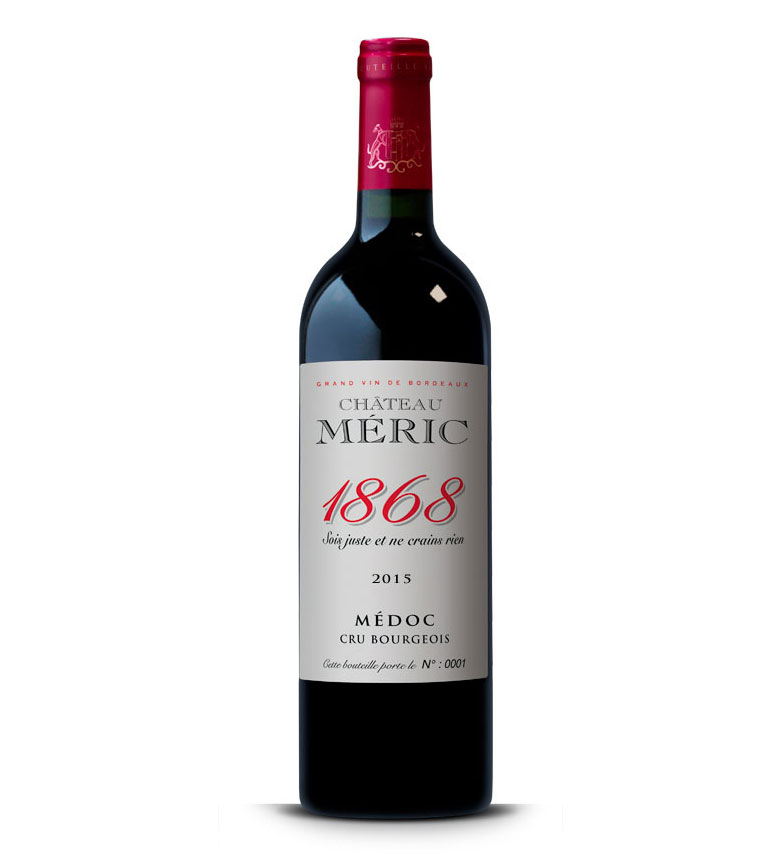